With London traditionally regarded as the key location for television production in the UK, the ‘Revolut10n’ campaign highlights the strengths and opportunities of bringing productions to Manchester.

Showcasing a ‘new industrial revolution’, the campaign places Manchester as the cool, modern and affordable alternative to the traditional choice of filming in and around the capital city.

The ‘Revolut10n’ has begun, with Marketecture producing a direct mail campaign which included a full sized deck chair alongside a newspaper outlining the best of what the North West of England has to offer including technical expertise, cutting edge technology, modern surroundings and the occasional ray of Manchester sunshine. Supporting the campaign, branded items including T-shirts and hats were supplied for the dock10 crew and clients.

Creative director at Marketecture, Jon Hallowell said: “dock10 operates in a London-centric market and our job is to raise awareness of the amazing facilities and talent available here in the North West.  Developing the Revolut10n has allowed us to create a multi-channel, multi-touchpoint campaign that is already delivering tangible results for dock10 and further demonstrates the effectiveness of our creative approach of ‘thinking from the outside in’”

Based in MediaCityUK, dock10 boasts seven of the most technologically advanced studios in the UK and has hosted popular shows including The Voice and Countdown for the BBC, ITV and Channel 4.

Head of Commercial at dock10, Patrick Steel said: “Marketecture has grasped the complex nature of our business and delivered a campaign that provides an original and popular solution to our requirements.  Of equal importance, the campaign has reinforced the ‘tone of voice’ and personality of our business. dock10 is a place of continuous innovation and the Revolut10n provides us with a solid base and a framework to facilitate our on-going launch of new propositions to the market.”

Jon concludes: “We’re looking forward to developing the campaign over the next 12 months with the launch of a new website and further direct activity to helping dock10 build on their already enviable position of Europe’s largest purpose built media production and content hub.”

Renowned beauty educator and therapist Sam Marshall, has opened a beauty salon in the heart of MediaCityUK, where its thousands of residents and employees can undertake a variety of pampering treatments from waxing to facials, LVL lashes to spray tans. 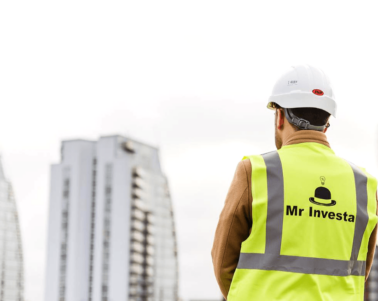 Billed as “The future of UK Buy-to-Let”, ‘Mr Investa’ have officially opened their first office in MediaCityUK and have launched… 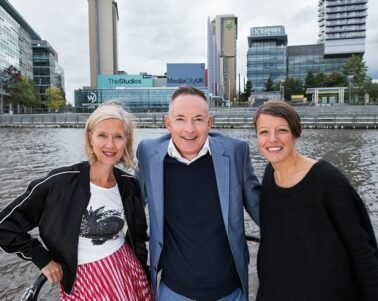