Manchester’s SKV Communications has been retained by MediaCityUK’s tech and digital enterprise hub The Landing to deliver communications for a third successive year.

SKV’s appointment follows a competitive tendering and pitch process which was overseen by Landing CEO Jon Corner and the recently appointed Head of Programmes and Partnerships, Maya Dibley.

SKV will be tasked with developing and delivering The Landing’s PR for the next 12 months which will include supporting its business engagement strategy, its events programme (including ERDF funded training and workshops), external partner liaison and B2B media relations. SKV will also be promoting The Landing’s new facilities, labs and workspaces which have been developed to meet the needs of emerging sectors such as health, Virtual Reality, UX and the Internet of Things.

Maya Dibley, The Landing’s Head of Programmes and Partnerships, said: “Over the last two years SKV has helped build The Landing’s reputation as one of the UK’s leading digital enterprise hubs and home to a wide range of innovative, hi-tech companies and start-ups. However, we are about to enter a new chapter in The Landing’s development which will see an increased emphasis on our capacity to support companies from across Greater Manchester. We are also developing a number of specialisms, such as health technology, IoT and VR, which will require a highly targeted approached to our communications.

“Throughout the pitch process SKV demonstrated they have a very clear understanding of our key industry sectors and fully grasped the positioning we require at a regional, national and international level.”

SKV Director of Strategy Richard Bond said: “Since first being appointed in 2014 The Landing is a client that we’ve really enjoyed working with as there’s always been so much creativity and energy generated by the businesses based there, and through its dynamic programme of events.

“Now that it’s entering this exciting new phase we can look to fully utilise our vast experience of working within niche enterprise and tech sectors, our expertise in business-to-business media relations, and our extensive partner liaison skills.

“We are greatly looking forward to working with Maya and her team to build on our previous work and maximising the fantastic facilities and business support services The Landing has to offer going forward.”

In addition to The Landing SKV’s handles a number of technology and digital accounts including Wakelet, FutureEverything and the Manchester Tech Trust.

MediaCityUK is set to unveil plans which will bring a further 238 apartments to its stunning waterfront location, at the launch of its Lightbox residential scheme on Wednesday, 11th and Thursday, 12th May. 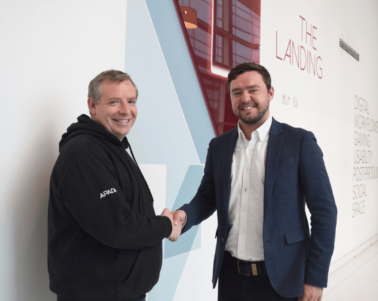 MediaCityUK tech firm Apadmi grows by over 30% in five months

Recent client wins and ambitious expansion plans have led mobile technology company Apadmi to add 36 new members to their team in the last five months – and take on an additional office space at The Landing, in MediaCityUK, Salford. 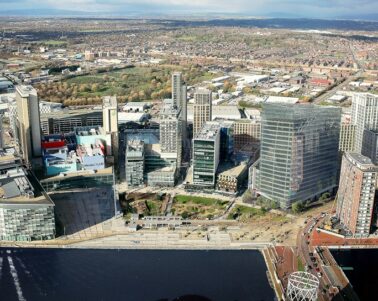 MediaCityUK set to double in the next 10 years

MediaCityUK is set to double in size over the next decade under ambitious plans submitted to Salford City Council today (June 7th 2016). 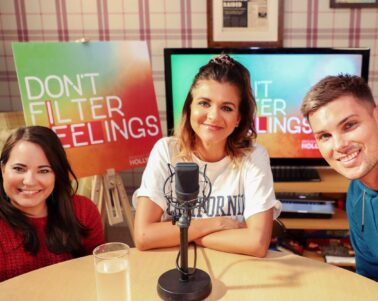