A MediaCityUK-based company has been named the fastest growing management consultancy in the UK.

Mason Advisory was ranked number 467 in the FT1000 Europe’s Fastest Growing Companies report, published in the newspaper today (25thMarch) in partnership with Statista, and was the highest-ranking management consultancy from the UK.

This is the first time the consultancy has entered and featured on the list and it is one of only three UK management consultancies to have made the final cut this year. The inclusion of Mason Advisory is a public acknowledgement of the company’s reputation and performance within the European business landscape. It has been in operation since 2014 so this is a landmark achievement for the independent IT consultancy.

The report recognises the companies that are the driving force of the European economy, and that have achieved the highest growth rate in revenue between 2014 and 2017. It reviews businesses from a wide range of industries in terms of revenue growth, headcount, and pre-tax profits. Alongside the rankings and an analysis of their composition, the report explores why growth is valued so highly. It also reveals some lesser-known innovation hotspots and looks at which types of government policy lead to lasting growth.

Steve Watmough, Mason Advisory CEO, says: “We’re all so excited to be featured as the fastest growing management consultancy in the UK and the sixth fastest growing in Europe. The technology sector is thriving in Europe, as demonstrated in the report, which includes 149 tech organisations.

“There are many highly-respected companies featured in the report so to be included alongside them really enhances our profile and will hopefully support our sustained growth and propel us towards the next stage of our international expansion.

“To be featured on the FT1000 list for the first time is testament to the positive and effective impact our work is having on the consulting industry and for our customers.

“Despite the uncertain, disruptive times we are in, it’s great to see so many businesses succeeding, overcoming challenges and prospering.

“I’m proud of the outstanding results our team has delivered and their hard work behind this achievement. Our growth is down to the high calibre of consultants on the team and our shared desire to bring digital transformation and technological innovation to our customers around the world.”

With offices at MediaCityUK, Salford, and London, Mason Advisory provides IT consultancy and advisory services, solving complex business challenges through the intelligent use of IT resources including IT strategy and transformation, sourcing, architecture, cybersecurity and IT delivery. It operates in sectors such as finance, life sciences, retail, FMCG, energy, government, emergency service, and not-for-profit.  In the last three years, overseas sales have grown significantly following projects in the UK and all over the world, including in the USA, Switzerland, Norway, Ireland, Jamaica, Qatar, and Mauritius.

Much-loved independent retailer, General Store is to provide a more permanent home for local burger brand What’s Your Beef, who will be moving into the group’s MediaCityUK store on Friday 3rd September. 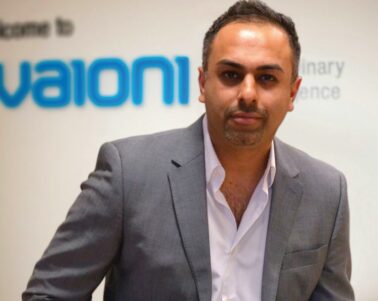 Greater Manchester-based National Network Operator, Vaioni is relocating and opening its brand-new head office in the heart of MediaCityUK as growth surpasses 100 per cent over the last four years with a plan to achieve £20m turnover in the next three to five years. 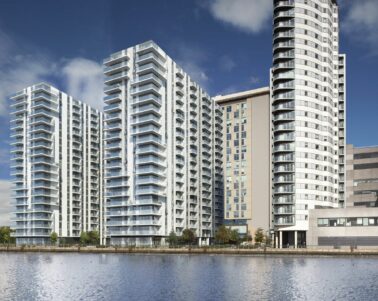