Two MediaCityUK audio production companies have teamed up for a programme commission on Radio 2 Country, the BBC’s pop up digital station which launches on Thursday 9th March.

Audio Always and Devaweb have produced Country’s World of Trouble, a music special which remembers the places where country music caused a stir and re-lives somes of the genre’s most controversial moments. Presented by Paul Sexton, it features a number of artist interviews recorded at MediaCityUK, including American female country music duo, Maddie & Tae (pictured).

Audio Always specialises in creating broadcast content and has recently opened office and studio facilities in MediaCityUK’s new Tomorrow building. Devaweb, based at The Greenhouse, is an audio branding and imaging production company which produces the national digital radio station, Chris Country.

Stuart Morgan from Audio Always said, “Radio 2 Country combines some of the UK’s top broadcasters with international country royalty making it a fantastic project to be part of. It’s been great working with our MediaCityUK neighbours, Devaweb on this programme and we’re looking forward to the next collaboration.”

Chris Stevens from Devaweb said, “We’ve long been advocates of country music and our Chris Country radio station is fast becoming an essential part of the UK country scene. It’s been fantastic to partner with Audio Always to create a programme that takes a deeper look at the genre and specifically focuses on some of the most controversial moments.” 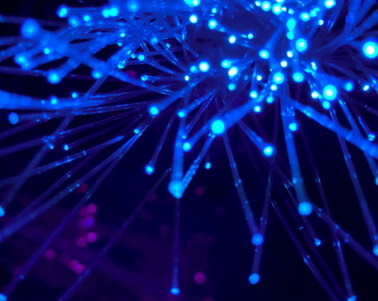 Digital technology companies from Greater Manchester are set to receive a free to access two-day masterclass to support with securing funding to help develop innovations and accelerate their growth in the region.

MediaCityUK-based Toasted Productions is celebrating after taking its 100th trainee in 10 years through its successful work placement programme.

Construction is completed on The Alchemist at MediaCityUK 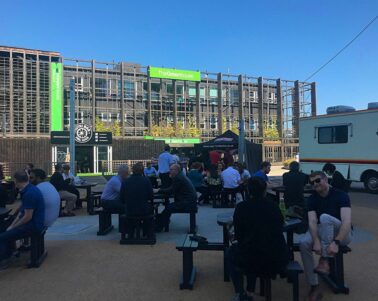 Design, branding and digital creative agency Drumbeat has relocated from its Manchester city centre base to The Greenhouse in the heart of MediaCityUK.