never.no, the global interactive social broadcast specialists based at The Landing in MediaCityUK, has revealed details of its recent ground breaking social TV advertising campaign in Norway.

The initial ads encouraged viewers to submit holiday pictures to Apollo’s Facebook page as part of a travel competition to win a trip to Greece. By entering viewers also had the chance to see their pictures appear in further Apollo Norge TV3 ad spots, also promoting the same  Facebook competition, in real-time.

According to recently released figures from Apollo’s ad agency MEC, who developed and executed the campaign with never.no, the ads saw nearly a thousand pictures submitted by viewers.  This helped garner thousands of new followers for Apollo’s Facebook page, while approximately 100 of the shots pictures were selected to be embedded within the Apollo TV adverts before being broadcast.

But the real value in the project lay in the fact that the ad spots featuring viewers’ images were also uploaded to an ‘invite only’ YouTube channel which could only be accessed by those who had their pictures featured.

Subsequently, links to these spots were shared by viewers to their own social followers and friends over 700 times, increasing the reach of the advert by unprompted peer-to-peer promotion.

Furthermore, giving viewers the chance to see their own images on national TV, greatly helped retain audience attention during ad breaks themselves. MEC has calculated the Apollo ads enjoyed over 1.2m views during the campaign.

Such an interactive approach to viewer engagement, via a mix of social and traditional advertising, is believed to be a first for Norwegian TV and was only made possible via the use of never.no’s STORY platform.

STORY, which has been specifically designed for news, entertainment, sports producers and ad agencies tasked with creating social elements for on-air events, allows content producers and agencies to gather, manage and insert social content into programming and advertising by aggregating user-generated and geo-located content from all major social media sites.

It can also render content for broadcast, and filter inappropriate submissions, via a highly sophisticated automated system. This allows for real-time, instant integration of social material into both TV programmes and TV commercials as required.

Scott Davies, global  CEO of never.no who is based at The Landing, said: “A brand like Apollo Norge running a photo competition to help boost Facebook engagement is not unusual, but utilising the same social content in a prime time TV advert in this way can clearly transform the relationship between advertiser and viewer.

“Further, as a company originally founded in Oslo which works with broadcasters, brands and agencies all over the world, it’s great that TV3 has now carried the country’s first interactive social advert on behalf of Apollo Norge via never.no’s STORY platform. I’m confident that Apollo’s success means many more will follow.”

Glenn Engebretsen, MEC’s Client Service Director, said:  “Through a product like STORY agencies like MEC can help create a virtuous circle for clients such as Apollo. Audience social interaction drives the advertising creative and this in turn extends the reach and retention of viewers via YouTube shares and real time viewing of the ad during commercial breaks.

“The uplift in average views amongst the campaign’s target audience is very encouraging, as is the fact we helped Apollo gain over a 1,000 new Facebook followers through this targeted exercise.”

Stein Hofstad of Apollo Norge said “In partnership with MEC and never.no, Apollo Norge is proud to be the first ever brand to deploy an interactive social media TV ad campaign on Norwegian TV.

“By encouraging viewers to upload their best holiday photos to our Facebook page to try and win a trip to Rhodes, and then re-purposing a selection of the social content within an ad spot to drive more interaction, led to a substantial increase in Facebook followers.

“The TV adverts were also actively promoted by viewers online via YouTube shares and the social element encouraged people to keep watching during ad breaks on TV3.

“This was only made possible through the use of social-led content at the heart of the campaign, and the project offered us a great opportunity to engage with potential customers in a new, dynamic and powerful way.” 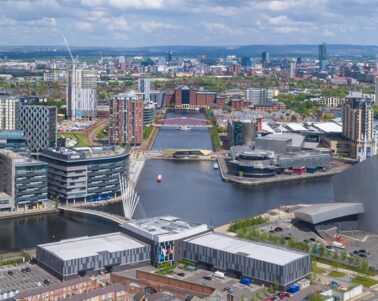 Salford has outranked both London and Manchester to become the UK’s top city for starting a new business. Research by DueDil, the… 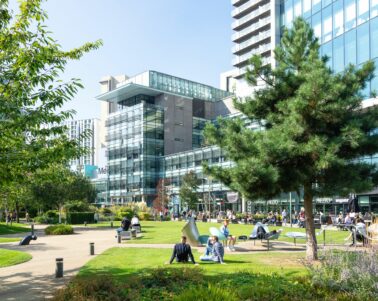 Join our team as Head of Marketing at MediaCity 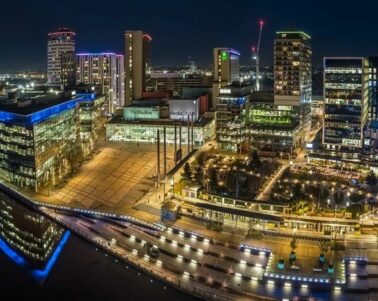 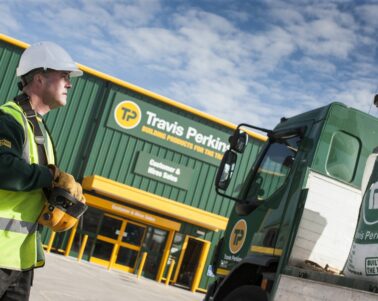