The management team is being strengthened by the appointment of a new financial controller, Kelly Byrne, who joins the team this week. Previously from We Are Nova in Liverpool, Kelly has a strong background in small businesses and the digital sector.

The Landing is also putting more support in place for its resident businesses with the creation of a specialist business services team. Former community manager at The Landing, Shu-Ling Li, has been promoted and will lead the new team as head of business services.

The new team will be built around the needs of the tech start-ups based at The Landing and will work closely with these businesses to help them achieve rapid growth.

Shu-Ling will be supported by three new appointments. As business and community manager, Chris Stephens, will work closely with Shu-Ling in supporting over 100 companies based at The Landing. His remit will also include supporting The Landing’s important community activity.

A new role is being created to increase visibility of The Landing across Greater Manchester. James Summerton, previously of Computer Futures, will take on the fast-paced role of business development manager. This will be a key part of the new business services team but will report directly to managing director, Paul Billington.

The Landing is an international rapid growth facility for start-ups in the tech sector and also runs ERDF funded workshops for the benefit of tech entrepreneurs across Greater Manchester. These new appointments, coupled with the creation of a dedicated business services team, will enable it to reach out to entrepreneurs in the tech sector right across Greater Manchester but also nationally and internationally.

“I am thrilled about these appointments and really excited that our ten-year plan for The Landing is now beginning to take shape. We pride ourselves on being a rapid start-up facility and we are here, first and foremost, to help our businesses to grow quickly and to establish themselves in their individual markets within the technology sector. “At The Landing, we have all the tools and facilities needed to make any tech start-up a success and now, with a dedicated business services team at their disposal, we are in an even stronger position to support them on their exciting journey.” 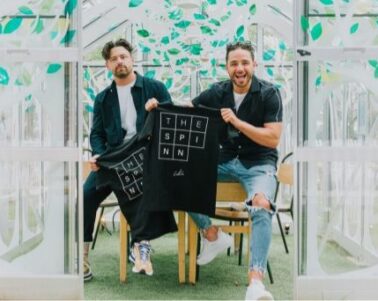 Box on the Docks announce summer partnership with the Spinn 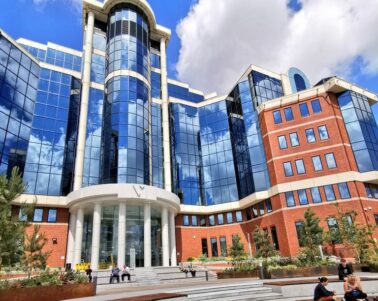 One of MediaCityUK’s character buildings, ‘The Vic’ has been shortlisted in the Premises and Facilities Management Partnership Awards 2019 within the Partners in Energy Management category alongside building services maintenance contractor, Engie.