Watch the director talk about her project here

The invited international audience packed the BBC Radio Theatre in central London to applaud Hanan when she accepted the award in front of a television audience of millions as the ceremony was beamed round the world live.

Hanan’s documentary The Town The Men Left beautifully depicts the challenges of three women, Omay, Eyo and Sokar, each from a different Nubian village in Aswan, Egypt.

These women share a similar struggle – abandoned by their husbands, they live the paradox of being neither married nor divorced and are stigmatized by their communities for working to support themselves and their children.

The film, which is being shown on the BBC Arabic network, was made as part of Hanan’s final major project for the Media Production postgraduate course.

Dr Lloyd Peters, the University’s Programme Leader of MA Media Production, said: “We on the course were always confident that her talent would be recognised.  In fact I reminded Hanan before the ceremony to write a speech ‘just in case’.

“We have all been aware that Hanan has a rare talent to tell interesting stories sympathetically and with courage and this is what the judges have also appreciated.”

Fellow MA lecturer and executive producer of the film Lyndon Saunders added: “Hanan is a born filmmaker who has that all important hunger to tell people’s stories, particularly when they’re ones largely untold.

“She’s also an excellent student of the documentary form as she watches, listens, and studies the genre, striving to apply production and story techniques to the consistent betterment of her own film making.”

A still from The Town The Men Left.

Hot on the heels of being named UK Breakthrough Agency of 2017 by the Marketing Agencies Association,  MediaCityUK-based ZEAL Creative, has another big reason to celebrate today after being officially appointed on Anchor Butter by dairy food giant ARLA Foods. 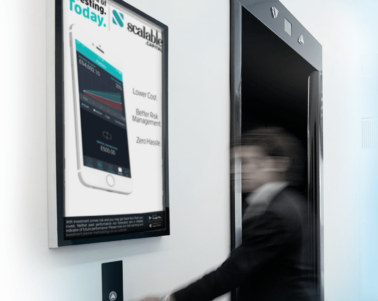 MediaCityUK-based Media Agency Group (MAG) has been appointed as the media agency of Scalable Capital, a fast-growing online wealth management…

Renowned beauty educator and therapist Sam Marshall, has opened a beauty salon in the heart of MediaCityUK, where its thousands of residents and employees can undertake a variety of pampering treatments from waxing to facials, LVL lashes to spray tans.