Box on the Docks returns in partnership with SEVEN BRO7HERS

MediaCity’s popular outdoor dining concept Box on the Docks (BOTD) is set for another busy summer on the waterside piazza, for the first time in partnership with SEVEN BRO7HERS BREWING CO. who will operate a rotating residency of delectable food and drink pop ups, along with live music and events for all ages.

This summer season, BOTD will be taking on a brand-new format in partnership with Salford-born SEVEN BRO7HERS BREWING CO., playing host to a rotating programme of independent food and drink vendors serving up the best pop-ups Salford and Manchester have to offer with an aim to give a platform to both emerging and established local brands.

SEVEN BRO7HERS, who also run its popular beer house in MediaCity, will also take over the Box on the Docks Bar, offering its award-winning independent beers along with guest beers from local craft breweries including Shindigger, Manchester Union Lager, and Pomona, as well as programming regular live music and events within the piazza.

Pop ups will include:

BOTD was Launched in 2020 as a way to help support local artists and the hospitality industry through the pandemic. The concept has grown from to strength to strength and there are plans to commission more local artists to decorate the space for this season.

Keith McAvoy, CEO of SEVEN BRO7HERS BREWING CO, said: “This year’s Box on the Docks is set to be the best yet! The partnership gives SEVEN BRO7HERS an opportunity to make the most of the summer footfall and visitors, and to do what we do best – celebrate great food and drink in the heart of Salford. “MediaCity has been home to our beerhouse for 12 months. And despite challenges the pandemic has thrown at us, it continues to thrive. We can’t wait to expand into the Box on the Docks bar and welcome the whole site into the family this Summer.”

Josie Cahill, MediaCity Place Director added: “There’s a real buzz of excitement as we look forward to another summer of Box on the Docks. The concept was born from a need to support our local hospitality partners and we are thrilled it has continued to prove such a successful platform for independents on our doorstep and visitors to MediaCity. We’re excited to be partnering with the SEVEN BRO7HERS team who will bring a host of fantastic new food and drink popups that will really bring the Piazza to life for visitors and residents alike.”

The original Box on the Docks concept saw an array of greenhouses and sheds positioned throughout the piazza, transformed by locally commissioned artists to bring vibrant and socially distanced outdoor dining spaces. These greenhouses have since been donated to local community outreach groups for a new lease of life enriching Salford’s outdoor wellbeing programmes.

This summer, Box on the Docks will be partnering with the Greater Manchester Mayor’s Charity with all money raised being donated towards A Bed Every Night, whilst the Salford Foodbank’s Gift Box also continues to be in situ accepting food donations to be distributed to local families in need.

For more information please visit: Box On The Docks – MediaCity.

Peel Land and Property has today announced ambitious plans to deliver over 7,000 residential units across its Greater Manchester Strategic Waters sites which could deliver a total investment value of £1 billion over the next 30 years. 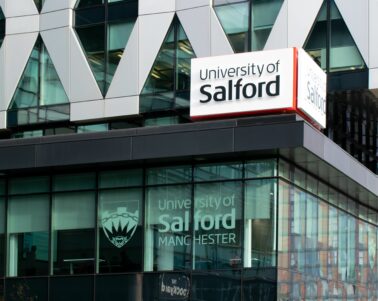