A Christmas treat from the BBC: Doctor Who coming to a town near you.

The BBC will deliver an early Christmas present to the North of England this December with free screenings of its most eagerly-awaited festive TV shows.

Fans of Doctor Who will be able to see the annual Christmas special before anyone else. This year’s episode will feature Peter Capaldi as the Doctor for the last time. As well as Doctor Who, there will be opportunity for comedy fans in two locations to attend a local screening for local people and see the first of three new episodes of cult favourite The League of Gentlemen. And in two cities, children will be able to get an exclusive preview of an animated version of the classic book The Highway Rat.

Starting in Hartlepool and finishing just before the big day in Bradford, the Christmas tour will take in eight locations across northern England to spread a little festive fun throughout the region. As well as a sneak peek of these hotly-anticipated shows, fans will also be able to pose for photos on the BBC’s red carpet and with props from the programmes.  The tickets will be available through a ballot which will be open from Thursday 23 November for 10 days via the BBC Shows and Tours website: http://www.bbc.co.uk/showsandtours/shows/bbc_north_preview_screening_tour

This year’s Doctor Who Christmas special, Twice Upon a Time, will see Peter Capaldi joined by David Bradley who reprises his role as the First Doctor, while Pearl Mackie returns as companion Bill Potts and Mark Gatiss guest stars as the Captain. Doctor Who fans will be able to enjoy a preview of the seasonal special, apart from the last few moments which will be kept as a surprise until the BBC One broadcast on Christmas Day.

Much-loved comedy The League of Gentlemen returns to BBC Two this Christmas with three brand-new episodes to celebrate the group’s 20th anniversary at the BBC. Once again, the three performing members of the League – Reece Shearsmith, Steve Pemberton and Mark Gatiss – will be playing a veritable host of bizarre and darkly comic characters inhabiting the fictional Northern town of Royston Vasey, in scripts written by themselves and co-creator Jeremy Dyson. The first episode will be shown in Hartlepool and York as part of the premiere tour.

The Highway Rat, produced by Magic Light Pictures, is an animated version of the Julia Donaldson and Axel Scheffler favourite about a greedy rat who steals food. Children will be able to see it in Newcastle and Hull.

The full schedule for the Christmas premiere tour is as follows:

Adrian Mills, General Manager of BBC North says: “We can’t wait to bring this wonderful seasonal programming direct to our audiences in the North and we’re sure they’ll enjoy this exclusive BBC content.”

For more information and to book tickets please go to:
http://www.bbc.co.uk/showsandtours/shows/bbc_north_preview_screening_tour

The ticket ballot will close on Sunday 3 December. Tickets will be allocated via a random draw with 45% going to local postcodes, 45% going to the surrounding county and 10% to the rest of the UK.

A trailer for the Doctor Who Christmas special can be found here: 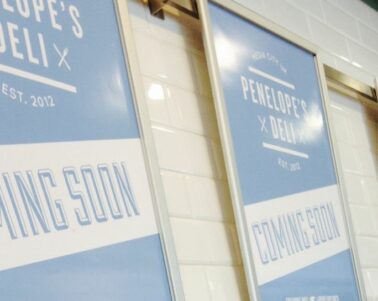 Love Conquers All and Penelope’s Kitchen owner Carla Taylor is increasing her food offering at MediaCityUK, and opening a new eatery called Penelope’s Deli, which is located at the heart of the creative and digital destination.

Therapy First, the principal physiotherapy practice in MediaCityUK, is branching out and offering first-aid training courses through its sister company Response First. 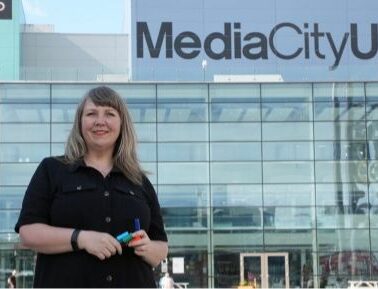 As the UK continues to come out of lockdown, Andersen Press and MediaCityUK in Salford are unveiling a brand-new, free…