A British Bermuda-born entrepreneur who is part of the FreelanceHER 100 initiative – a 12-week programme launched by IN4.0 with the Landing at MediaCityUK, is launching a ground-breaking quarterly black lifestyle magazine which will cover subjects such as love, relationships, health and wellness, and issues affecting both men and women.

A British Bermuda-born entrepreneur who is part of the FreelanceHER 100 initiative – a 12-week programme launched by IN4.0 with the Landing at MediaCityUK, is launching a ground-breaking quarterly black lifestyle magazine which will cover subjects such as love, relationships, health and wellness, and issues affecting both men and women.

Carla Zuill, from Stretford, Manchester, established SheHUB.TV in 2018, a lifestyle website dedicated to women of all ages from diverse backgrounds and is now about to publish her first magazine on 30 March, specifically for black people, aged 25-45.

Carla is also founder of the Women’s Empowerment Summit, which celebrated its fifth year when Covid hit in 2020. The sold-out super summit covered a wide range of topics from female confidence and experiences of sexual abuse to education and parenting.

Having moved to the UK in December 2016 after struggling with mental health and post-traumatic stress disorder, she soon realised that growing up in a neighbourhood blighted with gun violence had deeply affected her.

Carla decided to live in the UK, not just to escape the loss she felt for those she had seen suffer, but to build a safer, secure life for her three children. She said: “I had two black sons living in the middle of a gang war when they were little and I told myself, no one is going to tell me that my boys aren’t going to live to be older than 21.”

She recalled a pivotal moment when her two sons, aged six and ten at the time, were playing football when a scout stopped to tell her that her boys were talented, but observed that they would have more opportunities in the UK.

At this point, Carla knew that her only option was to relocate, and they settled in Manchester. Her two boys, Na’im and Ajani, are now signed academy players to Oldham Athletic FC’s under 11 and under 15 teams.

However, as a journalist of 20 years, she found it challenging to secure employment as she was expected to work for free, rejected for jobs because she was considered overqualified or told she did not have enough relevant experience in the UK.

Undefeated, Carla then went on to complete a master’s degree in PR and digital communications at the University of Salford and is currently part of FreelanceHER 100, which aims to kick-start the entrepreneurial careers of 109 women across the North West working in digital, creative, media and technology. This includes mums seeking to return to work as well as those from the BAME community.

Carla said: “It meant so much to me to see a programme dedicated to freelance women, especially when I felt lost professionally. I had written myself off and I thought how am I going to make my mark if nobody knows me in this country? My life had been in a very positive shift and it felt like this programme was the last piece of the puzzle.

“Being in a space with fellow freelancers has allowed me to not only meet different women but also to learn about being business-minded which is an area I want to improve in.

“I am so excited about the programme; I don’t even want it to get to week 12! Being with other mums, talking about their challenges with balancing working from home and schooling, a lack of devices or even just a lack of quiet time has really helped me to feel better, like I’m not on this freelance journey alone.”

Mo Isap, CEO of IN4.0 Group, said: “It’s amazing to hear Carla’s story, an inspirational woman and a talented journalist, who has been through such a unique journey to build her life with her family here in Manchester. We are delighted that she is part of the FreelanceHER 100 community and championing equality. We hope that by helping her to share her story, it will support and empower other entrepreneurial women in tech with achieving their ambitions.”

Programme director Naomi Timperley said: “Carla has made a great contribution to the community and I’ve certainly learnt a lot from her myself. It’s wonderful to see the change over the last few weeks in her confidence.” 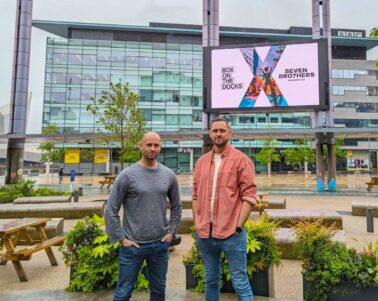 Box on the Docks returns in partnership with SEVEN BRO7HERS 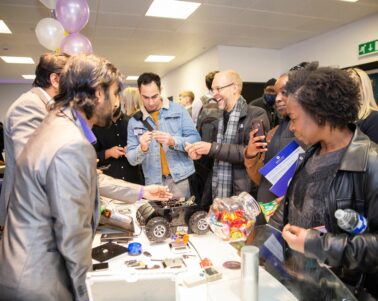 Innovation hub HOST, the Home of Skills & Technology at MediaCity, has been announced as the lead sponsor of Digital City Festival… 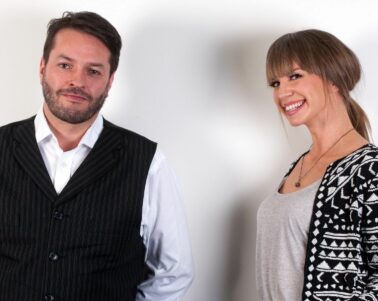