HOST, the Home of Skills & Technology, is on a mission to drive forward the next generation of MediaCity’s global capabilities and reach as it looks to harness new technologies in the creative digital industries.

HOST, the Home of Skills & Technology, is on a mission to drive forward the next generation of MediaCity’s global capabilities and reach as it looks to harness new technologies in the creative digital industries.

Building on the pedigree that MediaCity has established over the last 10 years as one of the world’s leading media and tech hubs, HOST is launching Gametech MediaCity, a next level accelerator that will scale 30 of the most exciting start-ups innovating in technologies such as the metaverse, XR and virtual production.

MediaCity is home to over 250 creative and tech businesses and an 8,000 strong community, with plans for a £1 billion investment in the next decade which will see the internationally recognised destination continue to grow.

In response to the lack of diversity and inclusivity in the gametech and esports sectors, HOST, operated by IN4 Group, has committed to ensuring everyone has access to the skills, jobs and business opportunities that exist in the thriving creative industry.

The initiative aims to bring together the gametech, esports and creative digital communities, so there are tangible opportunities made available for individuals and groups, such as women and those from underrepresented backgrounds, who would not normally have access to traditional funding and support.

This includes the creation of 3,000 new highly skilled jobs over two years, the upskilling of diverse local talent through Skills City’s bootcamps and apprenticeships, and the securing of public and private sector investment into the rapidly growing sector.

At HOST’s inaugural Esports Festival, held as part of Digital City Festival, it announced Gametech MediaCity, where 30 start-ups in the UK will be immersed in a three-month growth and innovation programme to develop their cutting-edge technologies, IP ownership and prepare for investment.

As well as a training ground for esports, including professional teams and local tournaments, HOST will act as a central gateway for stimulating skills and employment routes for young people to get into these emerging sectors.

The UK market for video games is continuing to grow at a rapid rate as it reached a record £7 billion in 2020, an increase of 29.9 per cent from 2019, beating 2018’s previous record by more than a billion pounds.

Mo Isap, CEO of IN4 Group, said: “Building on the incredible success of MediaCity, we’re now attracting the best global leaders and partners in gametech and creative digital sectors to achieve this great vision, which will ensure that every person has fair access to the immense skills, jobs and business opportunities that the industry provides.

“Our ambition is to create an international beacon of creativity, innovation and prosperity. A place where we can start to converge this community and evidence the transformational impact of what gametech, esports and immersive technologies can bring to the region, the economy and society.”

Stephen Wild, Managing Director of MediaCity, said: “The scale of the new and inclusive opportunities for growth generated from the gametech and esports campus will be transformational for MediaCity as we look forward to welcoming some of the most forward-looking enterprises in this sector. Our continued partnership with HOST provides a unique offering, as the most exciting and long-term impact of this journey will be the creation of sustainable jobs and the development of professional skills in one of the fastest-growing technology sectors in the world.” 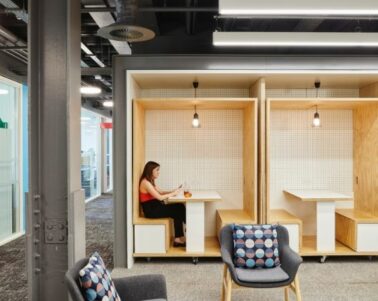 Mason Advisory, independent digital and technology transformation consultancy, has been announced as a finalist in three categories at the prestigious…

Construction starts on Lightbox at MediaCityUK

The next exciting phase of construction at MediaCityUK, one of the country’s largest media and technology hubs, is starting with new,… 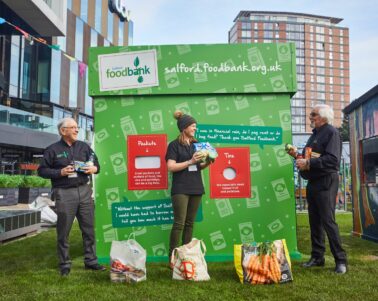 With less than a week to go before Christmas the Salford Foodbank has set itself the target of raising 1.5…