Teen music sensations, Max and Harvey, who have shot to fame racking up over 4 million followers on social media, will perform at the CBBC Summer Social event in MediaCityUK this weekend.

The 14-year-old twins, whose meteoric rise to fame began last year, have already amassed 6 million views on YouTube and are now launching their own music career.  They will be live on stage on Saturday 8th July at 12 midday and will also appear on the CBBC channel that morning.  Fans will also have the chance to grab an autograph from the boys who will also be spending some time in the signing tent.

Cameras will be following the boys who are appearing in two episodes of CBBC’s highly acclaimed My Life documentary strand later in the year. The films, Max and Harvey – Breaking America (working title), will follow them as they pursue their dream of making the huge leap from digital talent to international music stars.

As well as Max and Harvey, additional authors for the Awesome Author’s stage have also now been confirmed. The Fantastic Fiction stage will have a packed programme of live readings, author Q&As and talks aimed at inspiring the next generation of writers and storytellers. Alongside Dan Freedman (Jamie Johnson), Dani Harmer (Tracy Beaker) and Michael de Souza (Rastamouse) will be Liz Pichon, Robin Stevens, M G Leonard, Pamela Butchart and Pete Kalu.

Some of CBBC’s biggest stars, including Hacker T Dog, are lined up for the weekend extravaganza at MediaCityUK across both Saturday 8th and Sunday 9thJuly.

CBBC HQ stars Hacker, Karim, Lauren, Katie and Rhys will host the main stage and broadcast live on CBBC from the event on the MediaCityUK Piazza.

Lindsey (Blue Peter), Naomi Wilkinson (Naomi’s Nightmares of Nature), Ricky Martin (Art Ninja), rapper Traemondo (who appeared in CBBC’s My Life), Paddy Wilde and Erin Lewis (Got What It Takes) will also be entertaining the crowds live on stage. On Sunday 9th, the cast of So Awkward, will also join in the fun.

CBBC Summer Social, which is free to attend, will bring together top stars, the most amazing games and masterclasses with the teams behind some of CBBC’s biggest shows.

Children will have the chance to try exciting hands-on activities in an arts and crafts zone that teaches both material and digital creativity, including a Scream Street animation workshop. There will be live science experiments hosted by CBBC’s Ultimate Brain and in a science zone, including the chance to build your own bottle rocket with BBC Learning’s Terrific Scientific.

Match Of The Day Kickabout will give children the chance to test their footballing skills with demonstrations from CBBC presenter and football freestyler John Farnworth. Sports fans can also learn more about commentating on a sports match from the BBC Radio 5 live team including Conor McNamara. Shaun The Sheep’s Championsheeps will bring farmyard games for all the family and the Lawn Tennis Association will bring mini-tennis to the event.

CBBC Controller, Cheryl Taylor, says: “We hope you’ll join us for the fabulous CBBC Summer Social 2017.  We love meeting our audiences and this is going to be a very special weekend for children and their families to get involved with.  If you’re into sports, science, storytelling and creativity – we’ve got something just for you. Save the date and we look forward to seeing you at Media City this weekend.”

For younger children, there is a CBeebies zone with a Go Jetters disco hosted by the coolest DJs in town, Go Jetters’ Ubercorn and Grandmaster Glitch. There’s also the chance to decorate a flower for Mother Clanger’s garden, workshops with the Royal Northern Ballet (choreographers of the recent CBeebies Goldilocks ballet) and an appearance from Funella, proprietor of The Furchester Hotel.

CBBC Summer Social is open from 9am to 5.30pm at the MediaCityUK Piazza on 8th and 9th July. No tickets are required and families can simply turn up on the day. Events are free, though there may be a queuing system in place at busy times. 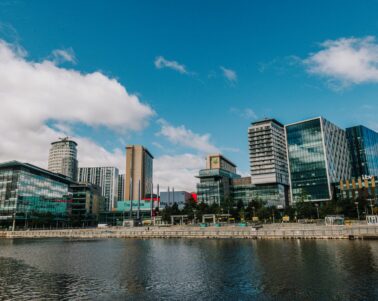 COLEG Cambria, one of the highest performing colleges in Wales, has partnered with MediaCityUK-based digital agency Lda to launch an… 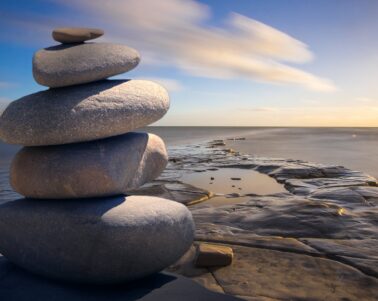 MediaCityUK is hosting a series of mental and physical wellbeing classes for busy workers looking to de-stress on their lunch hours. 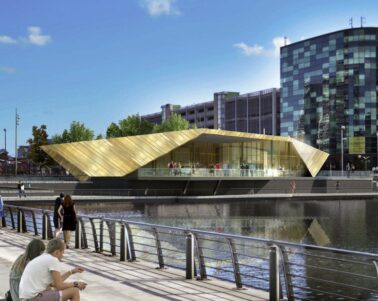 The Alchemist expands with new lavish venue at MediaCityUK

MediaCityUK can reveal that The Alchemist will be opening a beautifully designed, purpose-built venue within the heart of the city, offering its business community, students, residents and visitors another impressive place in which to eat and drink.