Louise Minchin won her first ever triathlon on home turf last weekend, as she became the first female to finish at the JLL Property Triathlon North at MediaCityUK on Friday 28th July.

The BBC Breakfast presenter and long-standing supporter of the JLL Property Triathlon North is sister of Mark Grayson, director at global property consultants JLL who organise the annual sprint event.

In previous years, Louise has taken part with her brother as part of a relay team. This year, she completed the individual women’s race crossing the finish line in one hour and 24 minutes just ahead of Poppy Hilton, from Manchester planning consultants Lichfields, who was the overall female property industry winner.

Celebrating her victory, Louise tweeted a picture of herself crossing the finishing line with: “Not a bad day outside the office @mediacityuk. For the first time I won a #triathlon @PropertyTri. Thank you for a great day.” The tweet has received over 1,000 likes and lots of messages congratulating her.

In the men’s race, defending champion Danny Hope of engineering consultancy Hydrock held on to property male winner’s cup with an impressive time of one hour and six minutes.

The Corporate Cup, awarded for the fastest three individual finishers from a property related company, went to defending champions Hydrock – Danny Hope, Iain Hissett and Blaise Kelly – with a combined time of three hours and 35 minutes.

Now in to its third year, the sprint distance event is open to anyone in, or connected to, the property industry.  This year nearly 850 triathletes took on the gruelling course around MediaCityUK, which consists of a 750 metre swim in Dock 9, 18 km bike ride, and 5km run.

The event which is jointly sponsored by JLL and The Peel Group raised £25,000 to be split equally between the organisations’ respective charities, Crisis and the Tim Bacon Foundation.

Steve Hogg, director at JLL, said: “The Property Tri North continues to grow from strength to strength with our sprint event proving there is no better place for property firms to network in the North West.

“While wearing Lycra or neoprene might not be top of everyone’s bucket list, the feedback from last Friday has once again been fantastic. Whether you are a newbie or have competed before, this is first and foremost a fun triathlon to raise money for charity and there’s so much camaraderie on the day. Whether taking part or spectating, we’d love to see even more people and businesses join us next year!”

Peel’s James Whittaker added: “The property triathlon was another tremendous success and proves to be a continually popular event at MediaCityUK. It’s fantastic to see our long-term vision for MediaCityUK become a reality with thousands of people making the most of what’s here. It’s great that the event promotes the property sector and raises vital funds for charities including the Tim Bacon Foundation – a cause very close to our hearts.” 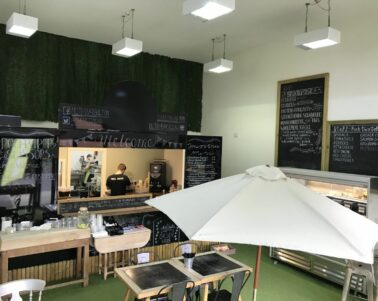 MediaCityUK is set to launch its first ever healthy eating concept, Nutri Bar, a healthy fast food bar that is… 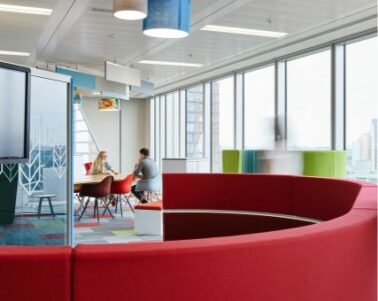 MediaCityUK buildings named best for connectivity in the North

MediaCityUK buildings have officially been rated as the first Wired Certified Platinum buildings in the North of England, for their best in class broadband and telecoms infrastructure, making them the ideal location of choice for all businesses. 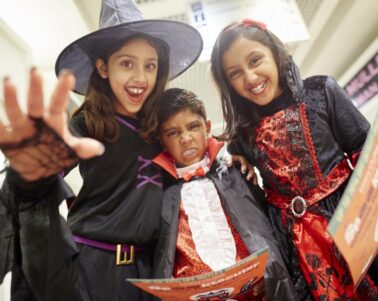 Enjoy a whole “ghost” of activities this October at Lowry Outlet

Looking to get into the spooky spirit this October?  From 22nd – 30th October between 11am and 4pm, Lowry Outlet, MediaCityUK is hosting a FREE spine-chilling walk-through Forbidden Forest experience.