The ongoing transformation in and around MediaCityUK is described by Managing Director, Stephen Wild, as a “journey of national importance”, as he reports another year of ground breaking progress both in the physical and digital sense.

Last year was a significant milestone in that it was 10 years since construction began on site, coinciding with the timely announcement of ambitious plans to double the size of MediaCityUK’s footprint by 2030.

There is substance behind the headlines with the construction of the £50 million, 238-apartment, contemporary Lightbox development due for completion in April next year. In addition, working with Atlas and IP Investment Management, MediaCityUK has started work on the £55 million Green Rooms, next to Lightbox, which will bring a further 238 high quality, Private Rental Scheme (PRS) apartments, when it is completed in autumn 2019.

Stephen said: “Once finished, these apartments will bolster the number of people living at MediaCityUK by 1,000 and we’re already working up further residential plans. Demand for Lightbox has been high and there are very few apartments remaining to be sold.

“Running parallel to the growth of the community is the success of the leisure and convenience offering. The Botanist and Alchemist have firmly established themselves as go to places and really add to the ambience of MediaCityUK.”

“Over the next few months, MediaCityUK will look very busy from a construction point of view, with a huge space opening up with the dismantling of The Pie Factory which will make way for the site’s next phase of development.”

While great strides are being made on the residential side of things, the commercial story is moving forward at a pace too. Earlier this year saw Kellogg’s move over 600 people into Orange and in August, The Hut Group, one of the world’s largest online beauty and wellbeing companies, announced it is to relocate its technical development function to the 10th floor of Orange, bringing the high-profile office development, also home to the University of Salford, ITV and Ericsson, to full occupancy.

Tomorrow, which was launched in September 2016, is now 80% occupied, attracting international operators including commercial fit-out specialists ISG, as well as home grown businesses such as Zeal Creative who have become the first tenant to expand within Tomorrow.

Multi-awarding-winning network operator, Vaioni is the latest occupier to join Tomorrow’s community, committing to a 5,000 sq ft top floor office, which will allow the team to more than double in size.

Stephen adds: “We’re passionate about nurturing the organic growth of start-ups at MediaCityUK and our new working space ARRIVE has been incredibly successful and sought after. It’s provided a step up for those who started their journey in The Greenhouse and has equally attracted external operators.

“It’s now 90% occupied and we have interest in the remaining units. The space has really resonated with our tenants and what we have created in both ARRIVE and Tomorrow has raised the bar in Manchester. This is where the tech, digital and creative sectors want to be.”

“MediaCityUK is a hotbed of talent and innovation”

MediaCityUK is not only synonymous with broadcasting but home to a plethora of talent and is nationally considered to be at the forefront for innovation and emerging technologies.

In partnership with Vodafone, MediaCityUK is now a test bed for 5G in the UK, while dock10 is leading the way with virtual reality broadcasting. There are clever innovations creeping out of every corner of MediaCityUK and The Landing is the launch pad for many of these inventive ideas.

Stephen adds: “There are some really exciting products coming out of the Landing and its presence here is crucial in us remaining a hot bed for enterprise and innovation and at the cutting edge of the tech, digital and creative sectors. We’re delighted that they have committed to another 10 years at MediaCityUK.”

A city with a conscience

With great advancement comes responsibility, and sustainability is fundamental to MediaCityUK’s progress: “We want to be a leading light in the concept of how to create a Smart City. With our technological capability combined with our sustainable energy and utility infrastructure, we have the will and the way to make it happen. We’re already at the forefront of sustainable travel options and are very proud of our new extensive bay of electric car charging points.”

“We’re also very excited to see the Trafford Park Metrolink coming to fruition with a stop to be constructed at Quay West, which together with the current MediaCityUK Metrolink stop will give visitors and commuters direct access from Manchester’s main train stations Victoria and Piccadilly.”

There is a real appetite and willingness among the team and the community to embrace important campaigns such as City of Trees which, through the support of its occupiers, will see MediaCityUK donate many hundreds of trees to help the landscape of Salford. Sponsoring BBC North’s Sustainability Week in February proved working together can make change happen.

Its awareness goes beyond the environment and this summer MediaCityUK supported the ADHD Foundation’s Umbrella Project. A sea of colourful umbrellas were suspended from the Open Centre ceiling as a way to celebrate and raise awareness of the ‘super powers’ children with neuro-developmental disorders possess.

Stephen added: “It’s great to be able to use our high-profile platform to raise awareness for campaigns like this and start a conversation about how we can best help to improve the outcomes for these talented young people as they enter into adult life.”

There are many facets to MediaCityUK and while Peel Land and Property (Peel L&P), with the support of joint venture partner, L&G Capital, continue to create and build a landmark destination, it is the people that ultimately make a place happen.

A wide range of buildings at MediaCityUK are also going through a renaissance with strong demand across all Peel L&P’s office buildings.

Around 2,000 BUPA employees have unpacked the last box and moved into their new and highly sustainable 145,000 sq ft headquarters in The Regent and with the iconic mirrored bronze Quay West building also now full, the area is a thriving business hub.

BUPA’s relocation to The Regent has paved the way for The Victoria’s transformational £5 million refurbishment which is now well underway and due to be completed and rebranded as ‘The Vic’ by the end of the year. The space will deliver an exciting place to work with a real focus on collaboration and innovation and understanding of the importance of health and wellbeing in the modern workplace.

Meanwhile, on Broadway, the cluster of small to medium sized business units; Osprey, Falcon, Kingfisher, Mallard and Kestrel have been aptly rebranded The Nest, with Osprey undergoing a £240,000 refurbishment.

Tim Taylor, Leasing Manager at Peel L&P, added: “These were our original commercial buildings which marked the start of the regeneration of Salford Quays in the 1980s and early 90s and over 30 years later they are still proving their appeal in a very competitive market. Occupiers love their
location overlooking the MediaCityUK skyline with all its  amenities right on their doorstep.”

From swimmers to soap enthusiasts, MediaCityUK has attracted and welcomed thousands of extra visitors this summer.

This summer’s events culminated in late August when Fiona Bruce and her team of antique experts descended on the Piazza to film two episodes of the Antiques Roadshow, much to the delight of over 2,600 avid fans and those with a treasured possession and story to share.

No doubt boosted by the sizzling summer, the balmier than usual waters of dock 9 attracted almost 400 open water swimmers for one session alone this year with 12,000 passing through the dock for the entire season. Coronation Street’s weekend tours have also proved to be an incredible attraction on-site, by pulling in as many as 5,000 fans each weekend.

Our ability to host a series of complex and varied events was put to the test this year when we hosted the first MediaCityUK Urban Challenge. The team building event brought together 550 members of the property, corporate and creative sectors and involved the transformation of dock9 and its surrounding area into an urban assault course.

Working with our customers is extremely important and Kellogg’s was delighted to host, from their base in Orange, an open air community breakfast for 60 local school children, to mark the 20th anniversary of Kellogg’s support of school breakfast clubs.

As the year draws to a close we’ve been welcoming visitors to the magical Walking with the Snowman trail to mark the 40th anniversary of Raymond Brigg’s classic tale.

Stephen added: “The variety of events which we’ve hosted this year is testament to how MediaCityUK is evolving as a destination, from seminars on cutting edge technology to family friendly events like Walking with the Snowman. We’re looking forward to another exciting year of development ahead.”

The Landing To Host Special ‘Women Only’ User Experience Workshop 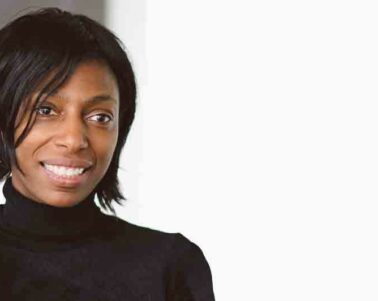 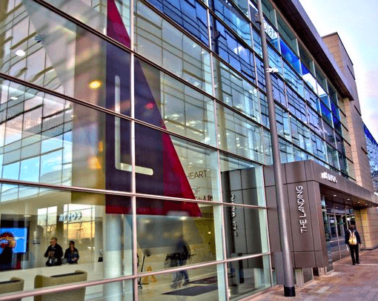 Over £100,000 has been invested in a new virtual and augmented reality facility which was unveiled today (16 May) by Mayor of Greater Manchester, Andy Burnham, at The Landing at MediaCityUK today.