With less than two months to go until this year’s JLL Property Triathlon North organisers are encouraging Manchester’s property and wider business community to step-up and sign-up to the last few remaining places of this charitable triathlon which will take place on Friday, 28th July at MediaCityUK.

As well as supporting JLL’s nominated charity, Crisis, the national charity for homeless people, the organisers will once again share proceeds with the Tim Bacon Foundation. This was established in Tim’s memory, to support The Christie in raising funds for a Proton Beam Therapy Centre and for Maggie’s Centre which provides free practical, emotional and social support for people with cancer and their family and friends.

The JLL Property Triathlon North is open to all involved in the property industry with the sprint event comprising a 750 metre swim in the clear waters of dock 9, an 18 kilometre bike ride and a five kilometre run which takes in MediaCityUK’s iconic sites including the BBC, Coronation Street, Imperial War Museum North and The Lowry Theatre. Now in its third year, individuals or relay teams can enter the race and organisers are anticipating around 700 competitors, from complete novices to more seasoned athletes.

Stephen Wild, Managing Director of MediaCityUK said: “The JLL Property Triathlon North is a key fixture in MediaCityUK’s annual calendar and over the past three years has grown from strength to strength, raising many thousands of pounds for some very important causes. It also brings the property community together in a unique and positive way – creating a real buzz in and around MediaCityUK. We want to raise even more vital funds this year and our teams are looking forward to taking part.”

Steve Hogg, director from JLL, added: “Attracting individuals or team relays from all levels of competitor, we are looking forward to hosting another successful triathlon raising funds for two amazing charities.  Set against the fantastic backdrop of MediaCityUK, there are lots of great viewing points for colleagues, family and friends to spectate as well as plenty of time for competitors to network afterwards.  I would encourage anyone who is still thinking of taking part to sign up and join us at one of the biggest property events in the North West.”

Jeremy Roberts, CEO of Living Ventures said: “We’re delighted that JLL Property Triathlon North is once again supporting the Tim Bacon Foundation which is proving to be a fantastic legacy for Tim who was so passionate about this city. Last year, the funds raised made a great contribution to the start of the Foundation which in turn benefitted the life-saving work at The Christie and the support service of the incredible people at Maggie’s.

“This year it will be particularly poignant to see the new Alchemist, next to dock 9, almost ready to open which was a project which Tim was very involved in.”

For further details or to sign up go to: www.propertytriathlon.com/uknorth-manchester

The JLL Property Triathlon North is a jointly sponsored event between JLL and the Peel Group in association with Estates Gazette.

If you would like to support the Tim Bacon Foundation or Crisis, visit timbaconfoundation.co.uk or www.crisis.org.uk. 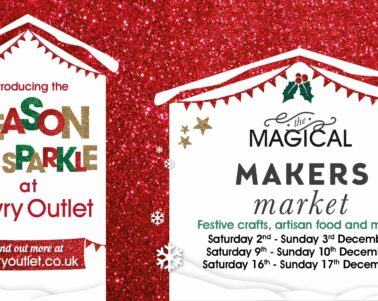 A season of sparkle is coming to Lowry Outlet

The next KitPlus event in Manchester is now supported by MediaCityUK and will be held on 10th November at the prestigious Open Centre in the heart of MediaCityUK. 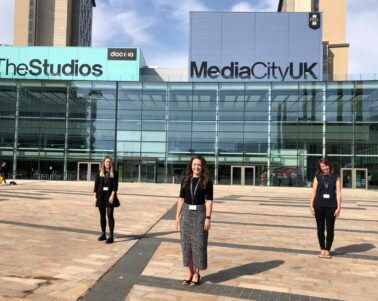